The unicorn bubble is an expression that describes a perceived scenario in which the valuation and trade price of startups largely exceeds their intrinsic value.

In such a scenario, the overvalued startups are prone to fail in delivering on the money that was invested in them, prompting severe trade price drops that burst the bubble.

The consequences of this are well-known: wealth destruction, job losses, economic slowdown that spread over the tech ecosystem, risking other sectors to a situation of “financial contagion”.

The case for a unicorn bubble

In a recent interview with Recode, Basecamp CEO Jason Fried compared venture capital firms to drug dealers, and startups to addicts. What’s the name of the drug? You guessed it right: money.

According to Fried, “venture capital kills more businesses than it helps”, by not allowing them to be smaller, profitable companies instead of demi-unicorns with half-a-billion valuations. Opinions like these will hardly win anyone a popularity contest, but Fried may have a point here. Let’s look at some data points:

In parallel, there has been no shortage of eyebrow-raising investments during 2018-19, notably:

It is clear that VC firms are making it rain. But what on earth goes on when investors throw this kind of money to companies charging $20 for a 30-minute dog walk? What happens is rather obvious: doubts about model sustainability begin to emerge, and expressions like “unicorn bubble” are born.

Unicorn bubble, the ghost of Silicon Valley’s past

While the dot-com bubble remains fresh in the collective memory, many investors appear to have forgotten about it in their hunt for the next unicorn. As for the companies on the receiving end, let’s say it’s hard to reject a mountain of cash.

Everybody wants to rule the tech world, and money is fuel for that. There are exceptions, but most businesses will take the cash, dole out equity and try their best at ultra-fast growth and, hopefully, juicy profits.

What’s interesting is that even under “normal” conditions, only a few startups will succeed at this. So what happens if the unicorn bubble bursts?

Truth be told, nobody knows, because this is not the early-internet era anymore. Nowadays, tech products and services are deeply ingrained in our lives. Unlike two decades ago, they permeate our jobs, homes, bodies, and cities to an impressive extent.

Take businesses, for example: according to Blissfully, companies with 1-10 employees use an average of 26 apps. For companies with 251-1000 employees, that number jumps to a whopping 124 apps on average.

SaaS has eaten the world and facing the prospect of a bursting bubble, a scary question rises: How far will the damage spread if the bubble bursts?

Offer a great product, and carry a good financial record

A crisis is not a crisis until it actually happens. Before that, a crisis is just a scenario. Still, in the wake of a dot-com bubble-like combination of factors, we believe it is a good moment to be safe now rather than sorry later. We may not be immune, but we are definitely ready, and these are the reasons why:

This has been one of Integromat’s core principles since the very beginning. A company that cannot rely on itself to maintain and grow its operations is exposed. That doesn’t mean we don’t take risks; we simply don’t take them to an extreme.

Thus, if the client falls, your company can become trapped in the dragnet. Fortunately, we have all kinds of users: Integromat has been adopted by corporations, SMBs, and individuals, totaling 200,000+ users to date.

We are proud of having an expanding, incredibly diverse userbase making the most of our product. As the saying goes, never put all your eggs in one basket.

Roughly half our squad is distributed across the world. For us, the benefits of this are pretty clear:

Sourcing global talent has kept our operative costs in check while providing flexibility, coverage, and diverse views on many relevant topics.

Integromat has been growing at a steady rate since it was launched in 2016. When it comes to growth, we like to walk the middle road:

Growth is the main talking point at countless startups, and it’s a central part of our strategy as well. However, there’s a limit: we are not to burn our ship in order to reach the port.

Our product is our core strength. We can adjust everything else as much as we want, but without a product that delivers immense value to the users, it would not be enough. In addition, even in a worst-case scenario - say, half the startups going up in smoke - the surviving companies would still need a product like Integromat.

Fast, reliable, cost-effective integrations have a huge intrinsic value, and that’s what Integromat provides. What’s more, in a scenario where investment is halted, automation would become an even more pressing need.

When there’s no more money to burn, it is reasonable to expect a surge in demand for the productivity gains workflow automation offers.

Predictions of imminent doom have been a constant in the tech industry during the past decade. We see it all the time: the fintech bubble, the sharing economy bubble, the crypto bubble, the unicorn bubble, the AI bubble.

Next time you know, it will be the quantum computing bubble, or perhaps even the automation bubble. Anyhow, none of the aforementioned examples resulted in a market crash. There have been slumps and some spectacular failures, but not full-blown bursts.

Does this mean companies should ride the money wave until it grows flat? No, of course not, but even so, this is what many startups do. In the meantime, two things are certain:

As for the unicorn bubble, there’s no point in panicking, but maybe it would be wise to save for a rainy day.

The only advice we can provide is pretty simple: choose your tools wisely, and always go after value.

The rest, they say, is confetti. 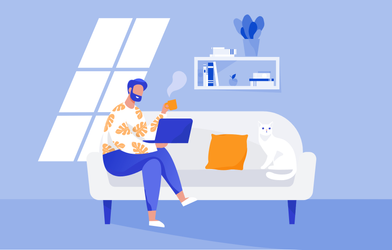 Pros and Cons of the "New Normal", from Someone Who's Been Living It for Years 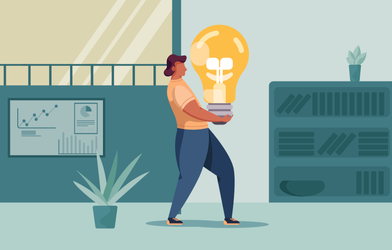 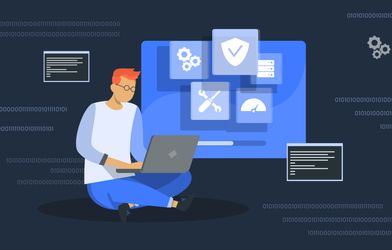 A Thorough Guide to Legacy Systems, and How to Move Past Them 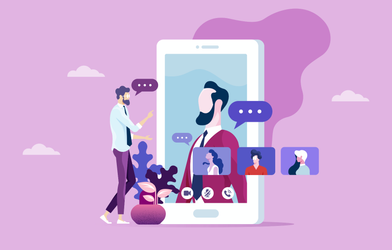 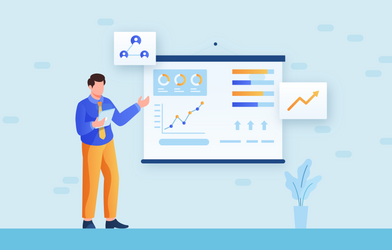 See all articles from Uncategorized