Whenever the topic of automation is brought into the conversation, most people will evoke “big automation” examples, such as:

These are great examples but fall short when it comes to explaining what automation actually is. As it turns out, automation is much broader than self-driving cars and robotic arms.

Let’s start by diving into the ins and outs of automation.

Of the many available definitions, the one I find most appropriate reads:

Automation is the technique, method, or system of operating or controlling a process by highly automatic means, as by electronic devices, reducing human intervention to a minimum.

According to this definition, automation appears in many different ways: it can be a driverless car, but also completely random stuff, such as:

This is what everyday automation looks like! These may not be as spectacular as driverless cars, but are by far more common examples of automation.

After noticing this, I thought it’d be helpful to answer questions related to the core of automation. The main goal here is to help those, such as business owners, managers, strategists and other curious minds out there understand it a little bit better.

So here it goes. On to the next question!

If we stick to the broader sense of the term, we can say that automation is almost as old as modern civilization.

The earliest feedback-controlled mechanism that we have knowledge of is Ctesibius’ water clock, which dates back to almost 2,300 years ago. More recent examples of automation (from the early industrial era) include Drebbel’s thermostat, and Arkwright’s spinning mill, both of which were created more than 250 years ago. 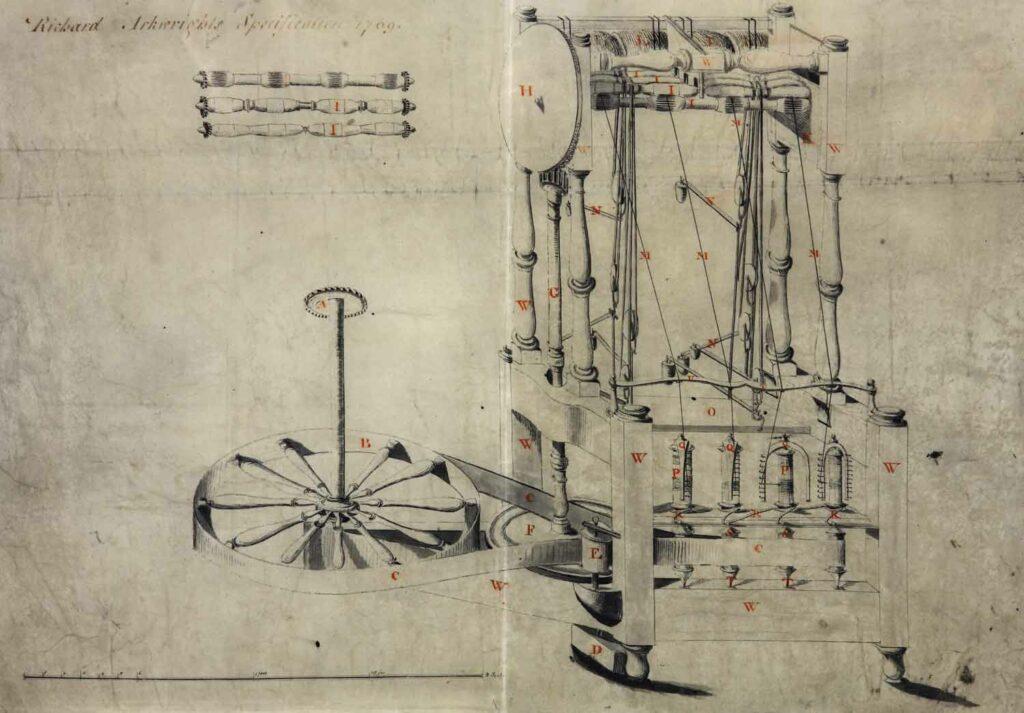 The term is much more recent. “Automation” was coined in 1948 by Delmar Sherille Harder, vice president of the Ford Motor Company. He first used it to refer to automotive parts moving down the production line.

As you can see, answering this question is not as easy as it seems.

Like art, music, or woodwork, automation has been a human activity for so long that identifying its precise origin is difficult. However, and as far as recorded history goes, Ctesibius’ invention can be regarded as the origin of automation.

3. What types of automation exist?

A quick Google search will share many different types of automation, including:

Needless to say, this can be a bit confusing. In addition, it can be hard to find a categorization system that covers the whole spectrum of automation.

There is, however, one categorization system that keeps things simple. This system has helped me identify what type of automation I’m reading about or dealing with. It was developed by PricewaterhouseCoopers (PwC), and comprises just two types of automation:

Take Integromat, for example. Our company features hundreds of templates to automate discrete tasks, most of which fit the “small automation” label.

Furthermore, it is good to note that both workplace and workflow automationtend to fall within the “Small automation” category.

There is another system to categorize automation that I find interesting. It also proposes two categories to identify the kind of automation we are dealing with, which are:

RPA, on the other hand, is rule-based automation for structured processes that deal with large amounts of data.

Big automation is expensive, long-term and riskier than small automation.

The example of self-driving cars is germane here: in recent years, a group of 30 companies has spent 16 billion dollars on research and development of self-driving vehicles. Half of that amount was spent by just three companies: Waymo, Uber, and GM Cruise.

Can you get big automation for less than billions? Certainly, but it would also require significant investment: according to multiplesources, industrial robots can easily cost north of $100,000 per unit.

On the other hand, you have small automation, which is relatively inexpensive.

Once again, Integromat serves as a good reference here. Companies and individuals can start automating workflows for as little as $9/month, which is less than the average hourly wage in the US.

I personally think that small automation is where the big gains are, but then again, I don’t have Google’s wallet to convince me otherwise. In any case, I have other reasons to support the case for small automation:

To conclude, if anyone asks me if automation is expensive, my answer is: usually not, but it depends on what you are trying to automate. A few dozen tasks? Not expensive. A complex, multi-layered e-commerce system? Buckle up, Dorothy.

Small businesses can definitely automate. Should they, though? The best answer here boils down to two factors:

For example, businesses focused on marketing and e-commerce can see instant gains in the adoption of small automation tools. In their case, automation can fast-track a number of time-consuming tasks, for example:

On top of this, there are recurring tasks. In disregard of what a business does, some tasks can be fully automated, which helps bring down fixed costs. Examples of such tasks include:

Without getting into more specifics, there are quite a few tasks that can be automated, and when every dollar counts the possibility to do so needs to come under serious consideration.

6. Do I need to know how to code to automate?

No, you don’t. Not for small automation projects, at least. Big automation is a different kind of animal, and due to the magnitude and complexity of the projects, code is invariably required.

Platforms like Integromat make no-code automation a reality. Tech savviness and coding skills are a plus, but they won’t keep no-coders from automating tasks and workflows.

If you are curious about other no-code tools, I recommend this article, which features many impressive tools that you can use to build websites, apps, and workflows without code.

In my opinion, anything that allows you to do more for less is necessary (as long as it is legal). In addition, if the solution is cost-effective and environmentally-friendly, triple the joy.

8. What does an automation professional do?

An automation professional evaluates and optimizes workflows and processes within an organization. This encompasses the design, creation, and maintenance of integrations between apps.

There can be, however, significant differences between automation professionals. Some are amateur (myself included) and use automation to simplify their daily lives. Others are full-fledged professionals, career engineers with big plans, and bigger minds.

If you want to know more about the automation professional role, you can check an article I wrote earlier this year, titled “Rise of the Automator.”

It explains the role of automation professionals, which may come in handy for recruiters and managers who are evaluating candidates.

9. How do I learn to automate?

The real question is: why do you want to learn automation?

If your goal is to become an automation professional, the answer may lie within formal education in software engineering, or in specific courses from recognized vendors like Codeacademy and Udemy.

If learning to code is not an option, you can check out platforms like Zeroqode and Codeless. In addition, the resources that products like Integromat develop for their users can be useful when it comes to learning automation from scratch.

A related question I often see at different forums is which automation tool is easier to learn. Again, this can only be answered in relation to what you wish to automate.

Some tools have a gentler learning curve, but aren’t very powerful or versatile. Just remember: tools are means, not ends.

10. Are there any automation communities I can join to stay updated on the topic?

Yes, there are. The ones I personally recommend are:

11. What books and articles can I read about automation?

Below are a couple of book and article recommendations that combine seminal concepts and contemporary thought. A lot has been written about automation, so feel free to explore on your own.

There is no doubt that a large number of jobs are at risk due to automation.

Big Automation poses a great risk to manual tasks like driving, manufacturing, and warehousing jobs, among others. It is no news that thought leaders across the political arch are worried about the implications of large-scale, complex automation.

Small automation, on the other hand, is more about eliminating the error, not the human. It doesn’t replace our tasks as much as how we do them.

Nevertheless, the debate is interesting and necessary. It’s not just about automation, but about the nature of work, and how post-industrial economies create and distribute wealth when work stops being a relevant vehicle for this purpose. If you have an interesting take on the matter, we are listening.

Automation - just like computerization or industrialization before it - will ignite bigger conversations here. For more, I recommend diving into the concept of technological unemployment.

In order to form an opinion about a topic, it is important to read about it, and also to exchange ideas and information.

In this sense, automation is no different. Learning about automation will enable you to properly analyze its nature, the influence it exerts on just about everything, and perhaps also the impact it will have on our lives in the upcoming years.

For business owners, managers and decision-makers, automation is practical knowledge above everything else.

If this is your case, I urge you to read about automation- whether it’s marketing automation, e-commerce automation, or industrial automation, knowing the specifics will give you new insights and a fresh look on how your business can benefit from it.

To conclude, if you want to start automating, please give tools like Integromat a try. They will allow you to automate workflows from the get-go. But most importantly, you will quickly shift from observer to automator, and trust me: this is something worth writing home about. 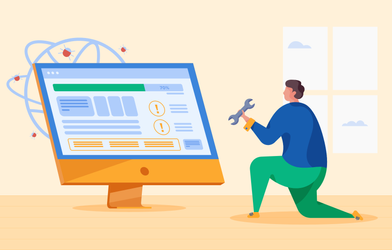 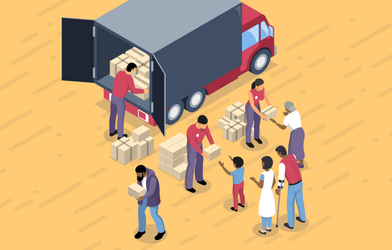 Integromat users have been going the extra mile for their communities. Here are some initiatives we are supporting in the midst of the COVID-19 pandemic. 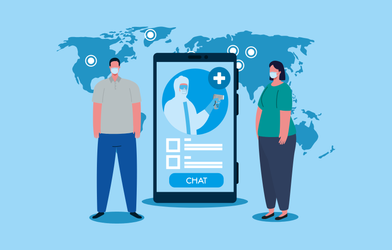 Meet Covidu, the Chatbot to Stay Updated on COVID-19 Cases around the World

Covidu is a Facebook Messenger Chatbot that provides the latest COVID-19 stats for the country, city or state you specify. 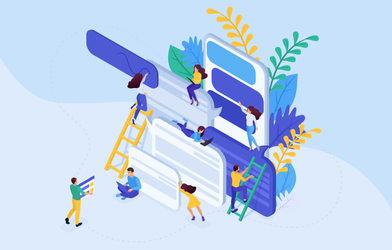