The pandemic has forced many companies to go remote, and also to adopt productivity tools that are critical for any remote-based infrastructure. Among these, time-tracking apps occupy a prominent place.

Publicly available information about app adoption during the last couple of months is scarce, but it is safe to assume that time-tracking companies are doing well. 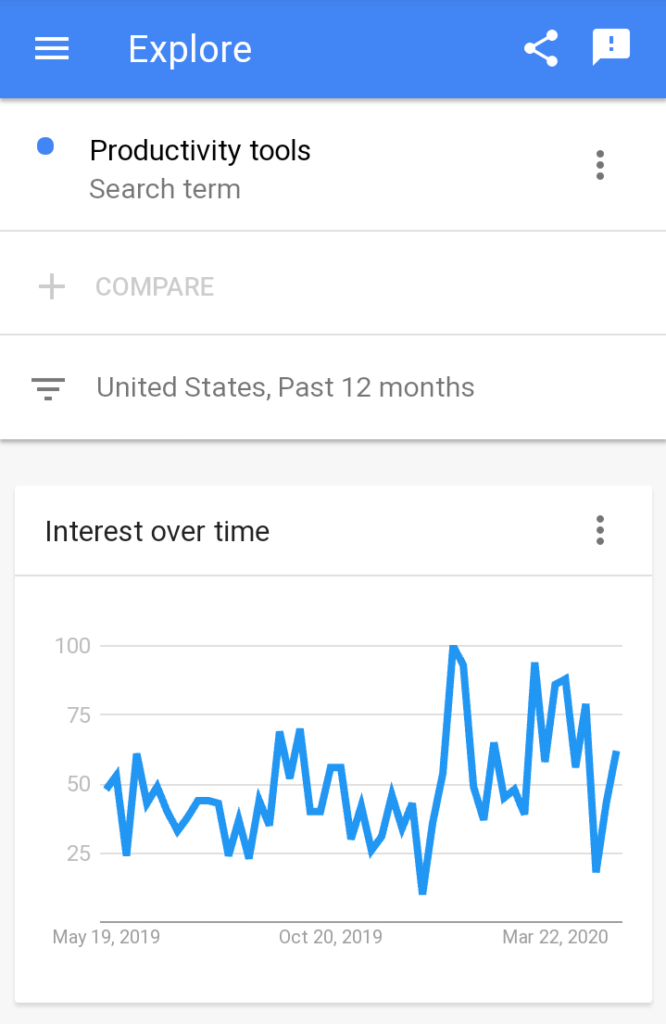 While new to many, time-tracking apps have been around for some time. In fact, they represent some of the earliest SaaS products on record. ClickTime, for example, was launched in late 1999, predating the dot-com bubble burst by a few months (talk about timing!).

Naturally, time-tracking software has evolved since then. Nowadays, most products offer other features aside from recording the time workers dedicate to work, including:

But adding to these, there is also that feature.

The one that anyone who has ever worked remotely dreads and loathes in equal parts.

I’m talking about the feature that captures your computer’s screen (and soul) surreptitiously, on a frequent basis.

Or, as I call it, the screen-grabbing feature from hell.

How to lose talent and alienate employees

The practice of keeping tabs on employees is as old as work itself, and time-tracking apps only represent the latest iteration of this practice. However, there are different ways to supervise remote work, and the results vary depending on what you do.

Let me illustrate with a personal experience. The first time I used a time-tracking app was while doing some freelance remote work on Upwork, back in 2015.

For those who are not familiar with the platform, Upwork makes the use of their native time-tracking app mandatory.

Whenever a project is on, users are to turn on the app, and I indulged. I didn’t mind about recording my time until I noticed that the app was forcibly taking screenshots of my laptop every 10 minutes.

On top of my disappointment, I was naïve enough to think that Upwork’s time-tracking app was just a questionable method for weeding out bad freelancers. But after successfully completing many projects and attaining “Top-rated” status, I found out that the use of the app remained mandatory.

Having proved myself several times over the course of months, this struck me as shameless. Eventually, it became one of the main reasons why I stopped using Upwork altogether.

What’s worse, the experience made me wary time-tracking apps for years; it was only recently that I made my peace with some of them.

But who’s who in the ecosystem of time trackers?

Which apps capture your screen automatically, and which don’t?

Let’s take a look at 9 popular time-tracking apps and find out.

It’s been seven years since I started working remotely, and during this time I have been asked to use time-tracking apps on three different occasions. Out of the three products I interacted with, one was set up to automatically take screenshots of my laptop, while the other two didn’t do it.

But what about other products? There are many popular time-tracking apps, and this vital piece of information is rarely highlighted or advertised.

After diving into the world of time trackers, I was happy to learn that many apps don’t even offer that feature, and I’m here to share that information with you.

Founded in 2006, Harvest is a feature-rich time-tracking app that has taken an active stance against screenshots. Their website is pretty straightforward about it:

Yes, there are some icky tools out there that monitor what people are doing or take screenshots of their computers. Be clear that’s not what this is about.

On top of helping teams track time, Harvest doubles as a useful invoicing tool, allowing to generate invoices from billed hours, and offering native integrations with payment platforms like PayPal and Stripe.

All things considered, it’s a very integration-friendly product, which shows in the number of useful Harvest integrations featured by Integromat. 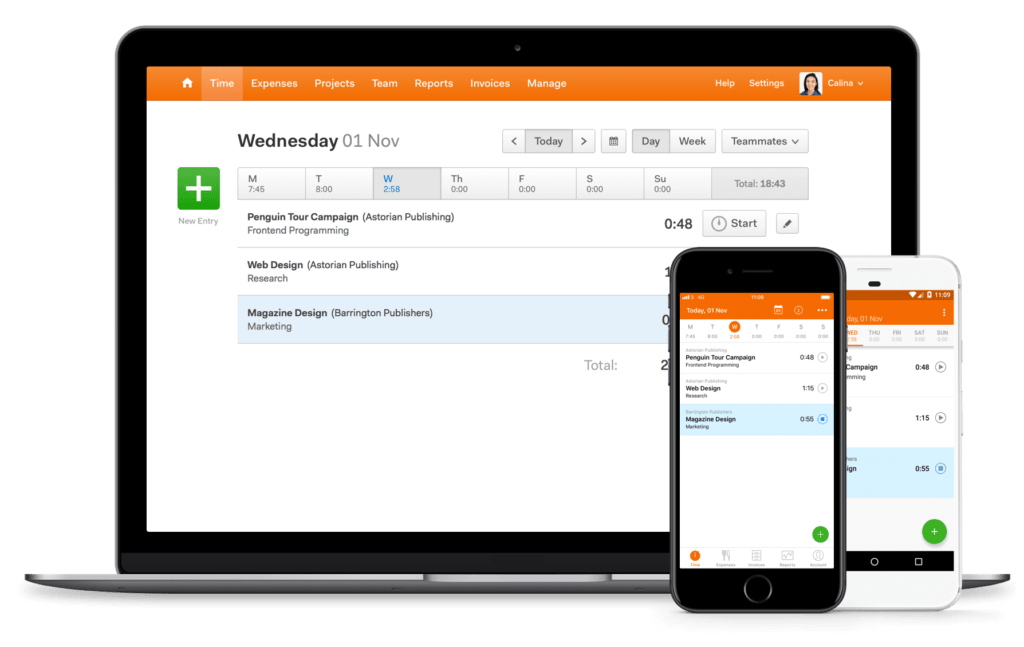 Does Harvest take screenshots of your laptop? No

The cheery-looking Toggl is all about keeping time-tracking tasks simple for everyone, at all times.

Another integration-friendly product, Toggl lives up to its cheery image by not providing automatic screenshot-taking capabilities.

It does not explicitly say so, but the feature is nowhere to be found among the detailed list of features. The remote workers of the world toast to you, Toggl! 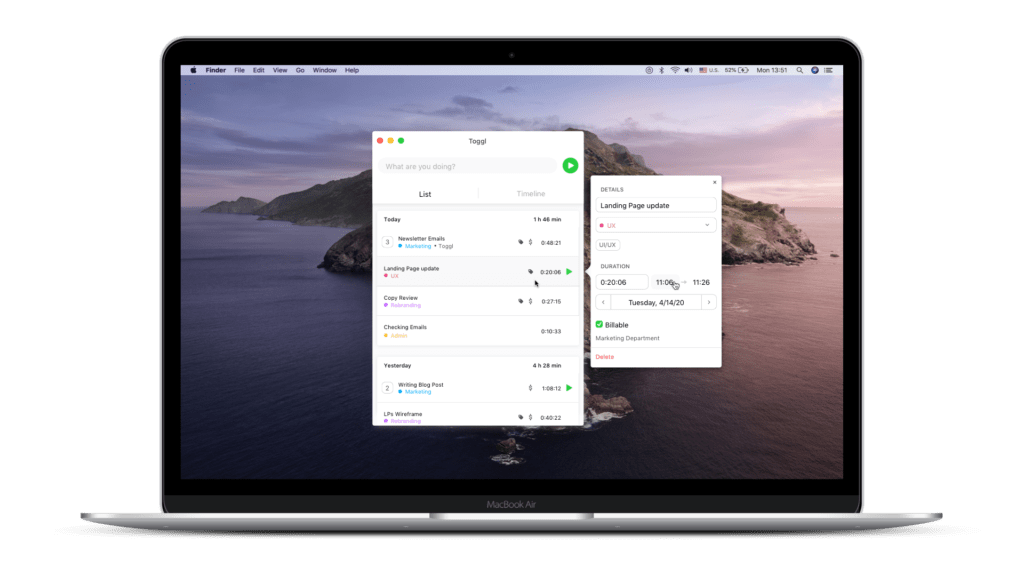 Does Toggl take screenshots of your laptop? No

Like Harvest, Hubstaff adds strong billing capabilities to its time-tracking features. However, the two products sit on opposite sides of the table when it comes to monitoring employees.

Hubstaff will take screenshots of the user’s laptop, but it doesn’t stop there. It will also pick up the following data about slaves, I mean, team members:

But wait! Isn’t this how a company supervises employees? Yes, it is...in prison! 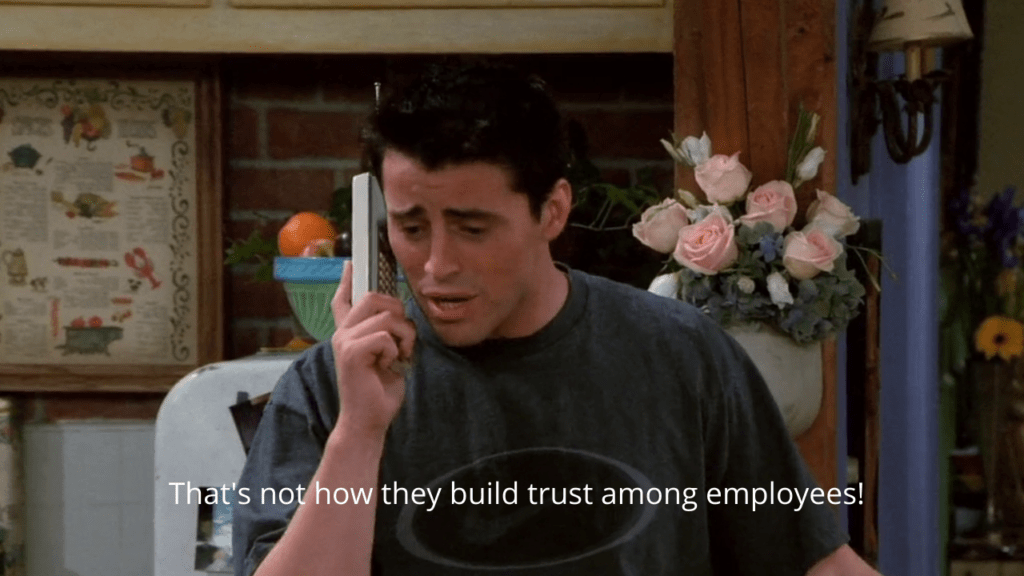 Does Hubstaff take screenshots of your laptop? Yes

Founded in 1996, the Canadian company stood the test of time and gained everyone’s hearts with its user-friendly time-tracking systems.

Once dubbed a “heretic” company for dodging the use of corporate lingo, Replicon enjoys a good reputation among clients, employees, and users.

Apart from time-tracking, the company’s products will also help with related tasks, such as:

And the best part of it all is that none of their products will take screenshots of your laptop. A beacon of hope lights up in the north!

Does Replicon take screenshots of your laptop? No

Time Doctor states that “remote business is the future”, and that their focus is to build “distributed teams that can work wherever and whenever they want”.

To attain this noble vision of borderless productivity, they offer one of the most complete tracking products you will ever come across.

In fact, it is so complete that it could also be described as “borderless”, in the sense that it doesn’t seem to respect any reasonable limit when it comes to monitoring employees.

If your company is into 'checking-up' on your team, Time Doctor might be a good fit for you. 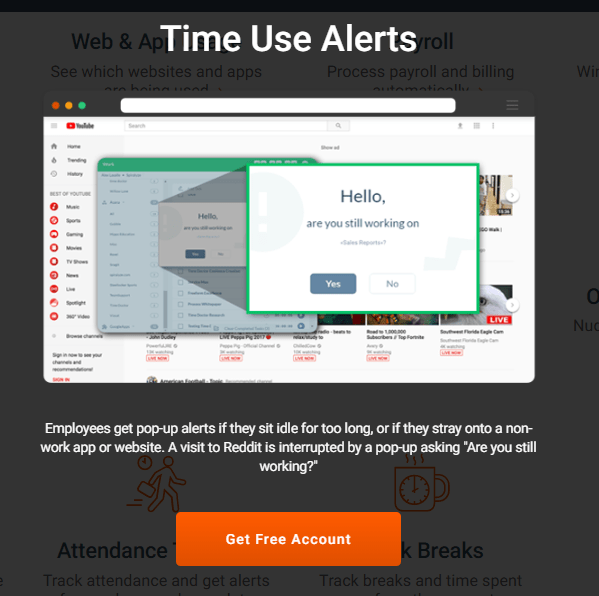 Does Time Doctor take screenshots of your laptop? Yes

I was required to use Tick during a stint at a marketing agency, and I don’t even remember how it felt. In my view, this is a huge plus, because the less I have to interact with time-tracking apps, the better.

Tick is seamless, works on the background, and does two things: track time, and track budgets.

If you are into low-spec, minimalist products, Tick is the answer. And no, it won’t take screenshots of your laptop. 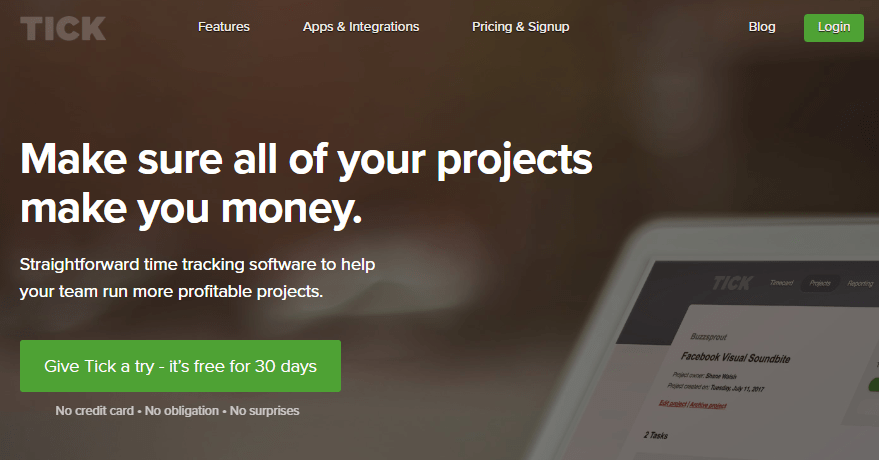 Does Tick take screenshots of your laptop? No

Everhour is a fresh-looking, modern tool for time-tracking, invoicing, and resource-planning.

On top of this, the tool is very friendly towards integrations, and connects easily with top project management tools like Jira, Asana, and ClickUp.

Everhour looks good, feels good, and behaves accordingly. If you are a manager wishing for a product that takes screenshots of laptops, you’ll have to look somewhere else.

On the other hand, if you want to build trust and increase productivity across your teams, Everhour should be on your list of alternatives. 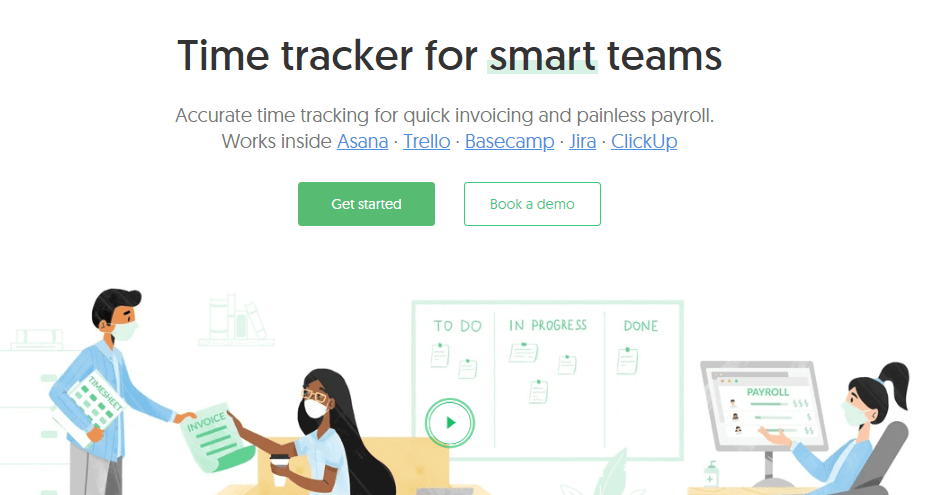 Does Everhour take screenshots of your laptop? No

ClickTime is a veteran player in the time-tracking ecosystem, and acts like one by offering features that simplify related tasks, including:

This approach has allowed the company to endure the pass of time, and remain a trusted productivity enhancer for all kinds of businesses. 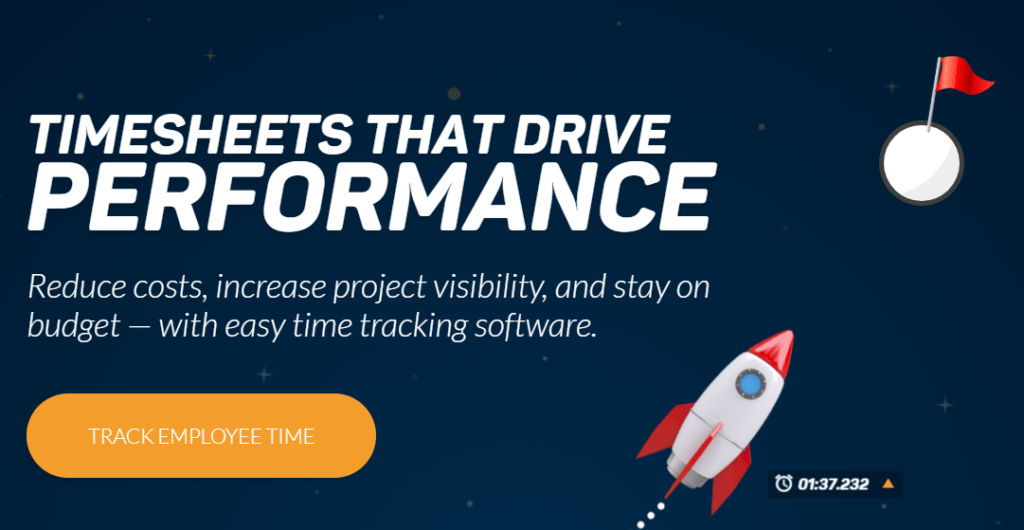 Does ClickTime take screenshots of your laptop? No

Described as “the first AI-based time-tracking and planning tool” by its parent company, Timely speaks directly to managers and employees.

By doing this, the company seems to be acknowledging a reality of remote work: that responsibility is a game of two, and not just something that can be easily forced upon anyone.

Needless to say, screen grabbing is not a feature Timely offers. Take note, AI for Good! 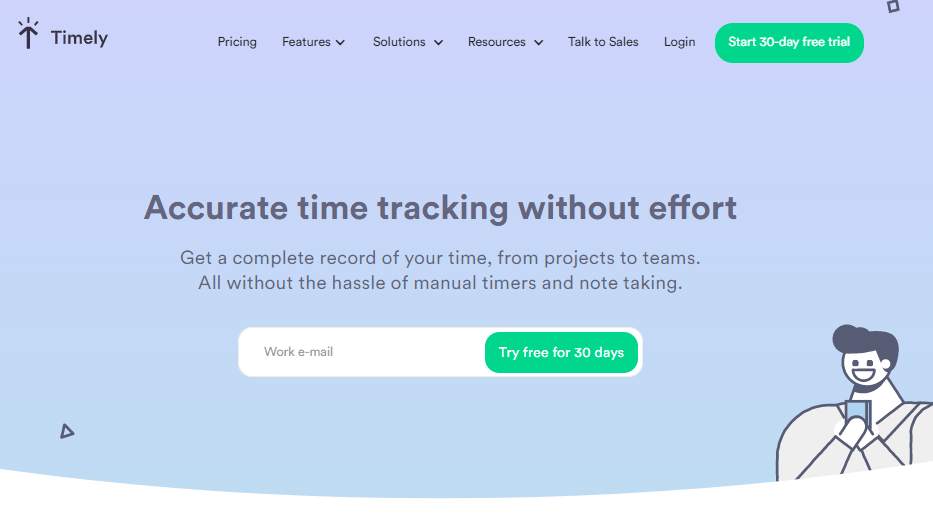 Does Timely take screenshots of your laptop? No

Timecamp is a good alternative for those who want increased data granularity in their time-tracking reports.

Granted, the app is serious when it comes to monitoring employees, tracking which apps and websites they visit, and how much time they spend on documents. This can be good for teams that feed off each other to remain productive, and also useful for managers that know how to interpret data.

As for screenshots, it's an optional feature that customers can opt-in for. 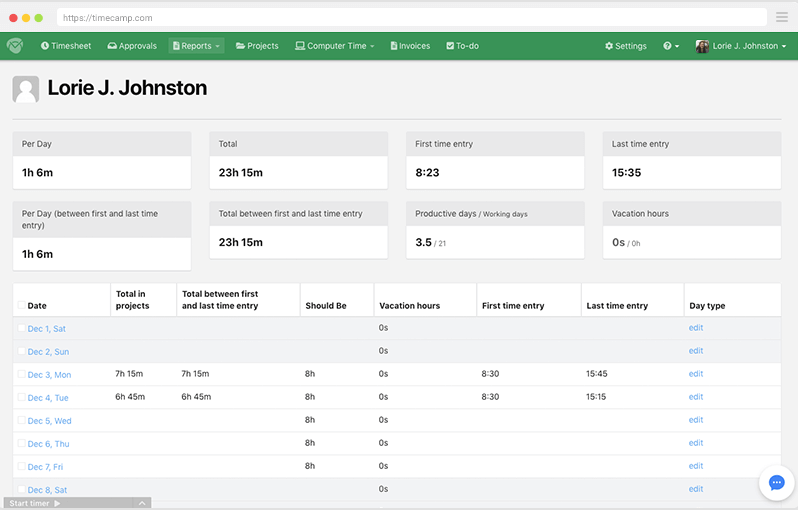 Does Timecamp take screenshots of your laptop? Not by default, but it's a feature

TMetric is a lightweight time-tracking app built for freelancers and small businesses that want to record their workdays.

TMetric keeps time-tracking simple at all times, making it easy to switch between clients, tasks, and subtasks, something not every time-tracking app is good at.

If you believe that tracking time is about keeping everything in order, TMetric might be just what you've been looking for.

Does TMetric take screenshots of your laptop?  Not by default, but it's a feature

Zoomshift is another nimble product to track employee time accurately. As such, it allows employees to clock-in for shifts and tasks, and employers to review timesheets and run payroll reports. If simplicity is what you are after, Zoomshift should be on your radar. 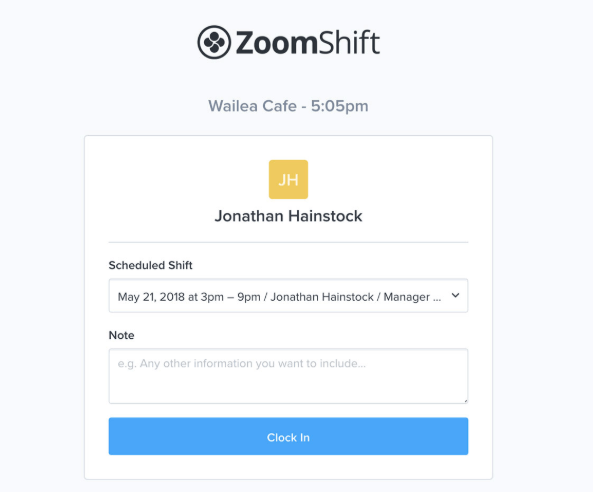 Does Zoomshift take screenshots of your laptop? No

I’m a firm believer that time-tracking apps make sense in remote work environments, and was surprised to find out that most apps in the time-tracking space do not allow for screen capturing.

However, there are limits, and crossing them can mark the difference between building trust across teams, and undermining it.

I also think that there are only two logical arguments for capturing screenshots of employees’ computers:

When this is not the case, screen-capturing software can easily damage the sense of trust, confidence and responsibility that makes great teams great. What can managers do to build trust instead?

Moreover, not all jobs and tasks are the same. Some require different levels of abstraction, while others require workers to use a wild array of apps and websites. With this in mind, a strict tool might end up unnecessarily complicating things.

Everyone deserves the opportunity to be trusted, and remember: a confident team is better and more productive in the long run.

This article was last updated with new information on April 21, 2021. 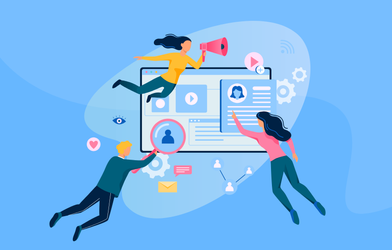 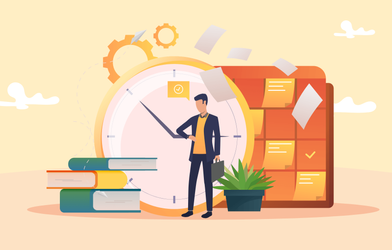 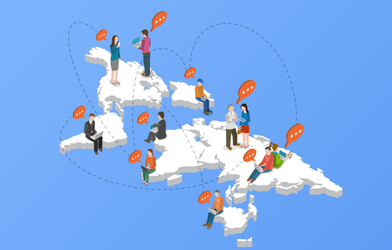 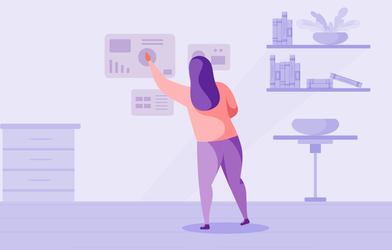 How to Effectively Use Productivity Apps for Your Business 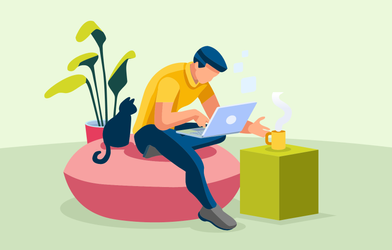 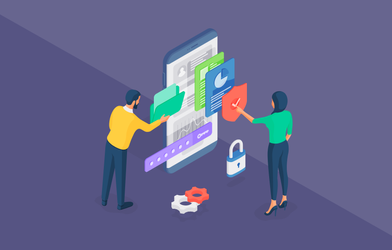 Choosing the ideal software for your business from the never-ending list of options isn’t an easy task. Learn how to improve the process with this method. 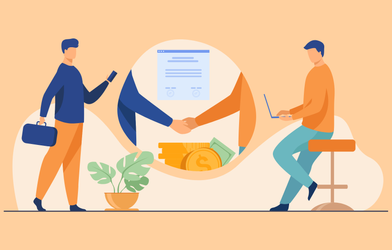 5 Proposal Management Software Tools to Help You Seal the Deal 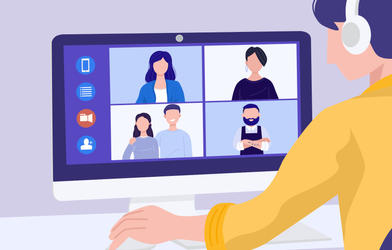