The Zoho Recruit modules allow you to monitor, create, update, send, retrieve, and list the records in your Zoho Recruit account.

Getting Started with Zoho Recruit

1. Go to Integromat and open the Zoho Recruit module's Create a connection dialog.

2. In the Connection name field, enter a name for the connection and click Continue. 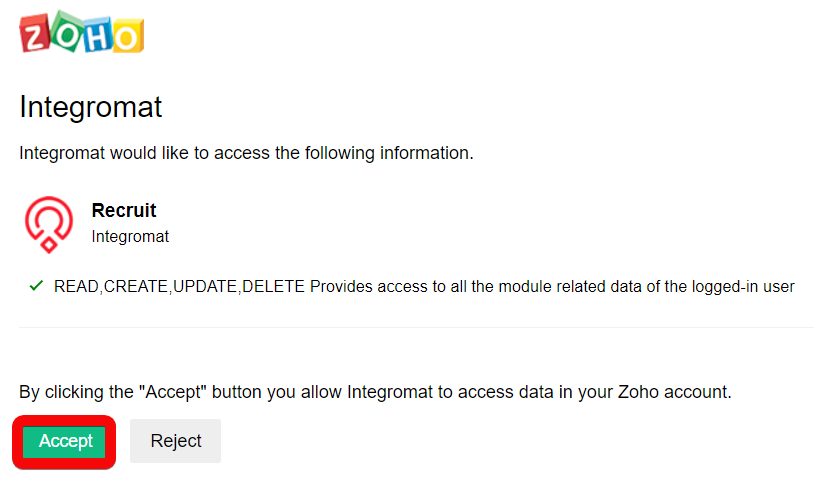 The connection has been established.

Triggers when a new record has been added.

Triggers when a record has been updated.

Searches for records or lists them all.

The following API call returns all the candidate records from your Zoho Recruit account:

Matches of the search can be found in the module's Output under Bundle > Body > response > result > Candidates > row.
In our example, 3 records were returned: 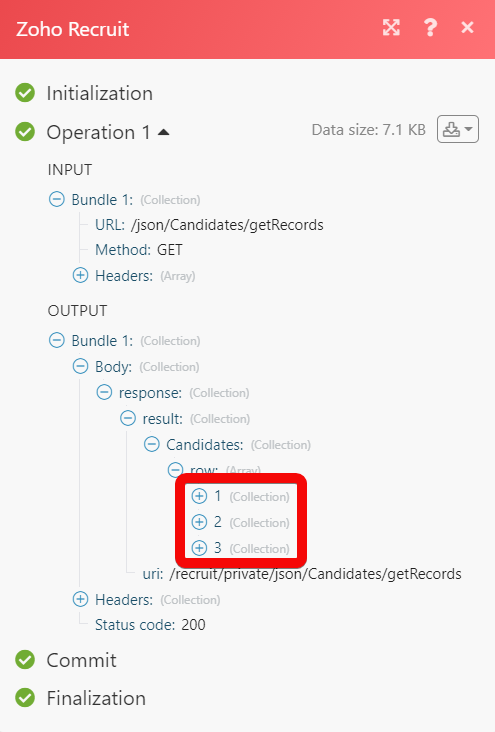