Getting Started with Pipefy

The Pipefy modules allow you to monitor new, moved, done, overdue, late, and expired cards or create, update, list, or delete cards and tables in your Pipefy account. 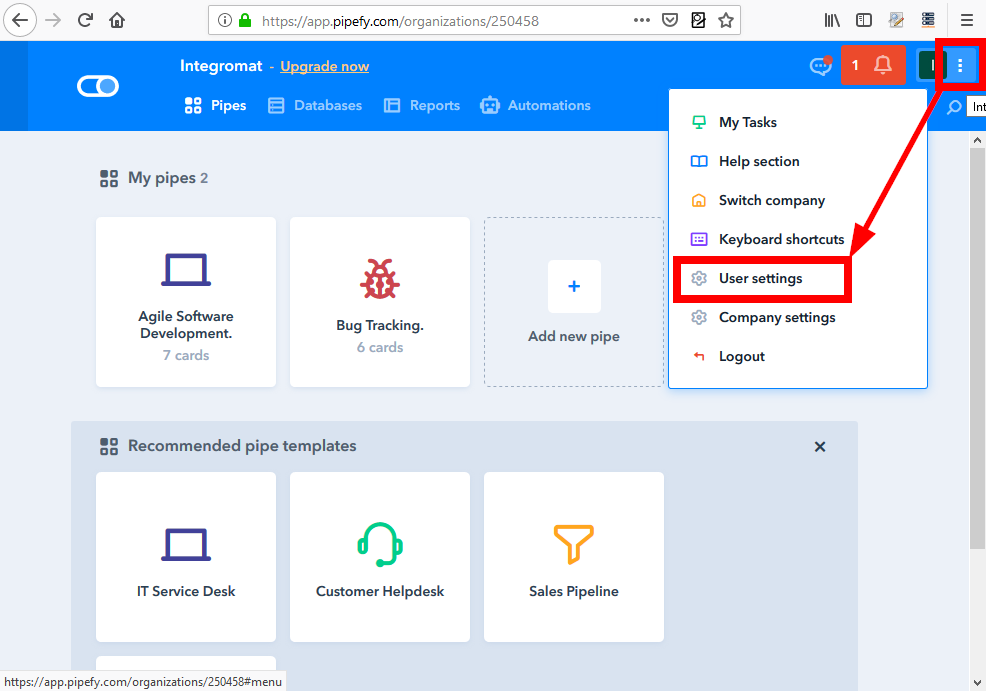 4. Insert the token to the API Key field in the Create a connection dialog. 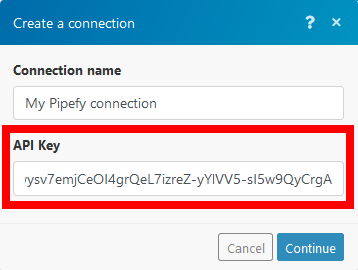 The connection is now established.

Sometimes it may take a few minutes until the webhook is triggered. Unfortunately, Integromat can't do anything about it. These delays are caused by Pipefy servers.

Triggers when a new card is created.

Triggers when a card is moved in a selected pipe.

Triggers when a card is moved into the Done phase.

Triggers when a card's overdue date and time is passed.

Triggers when a card remains in the phase longer than specified in the late alert setting.

Triggers when a card remains in the pipe longer than specified in the Pipe settings.

Creates a new card in a selected pipe.

Integromat is unable to recognize a custom field type. E.g. if you want to add a checkbox with one of the options selected, it is necessary to use the following workaround.

A card that contains a checkbox with the second option selected.

In order to create a card that contains the checkbox field type, it is necessary to use JSON > Parse JSON module. 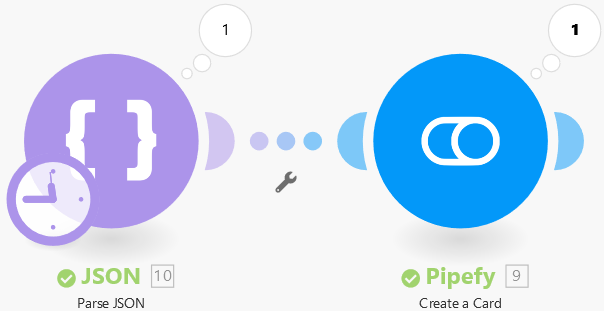 sample JSON string that adds a checkbox "checkbox" and selects the option "two":

3. Link the Parse JSON module with the Create a Card module.

4. Open the Create a Card module and map the module that contains the JSON string for selecting the checkbox option.

5. The card that contains the selected checkbox has been created.

Get a Card Info

Retrieves information about a selected card. 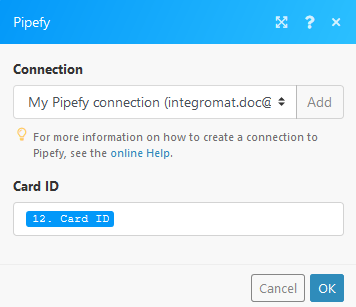 Retrieves cards from a selected pipe.

Move a Card to Phase

Moves a card to a desired phase.

Creates a record in a selected table.

Deletes a record from a table.

Get a Table Record

Retrieves details about a record from a table.

Returns a list of records from a selected table.

Updates a record in a table.

Example of Use - List all cards in the specified pipe

The following API call returns all cards in the pipe with the Pipe ID 850020: 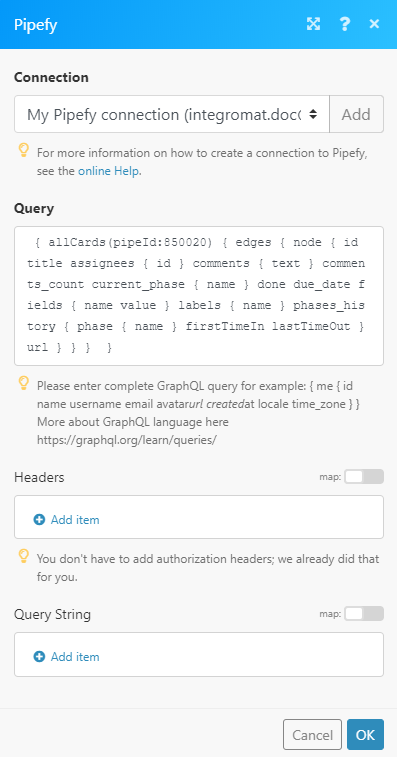 Matches of the search can be found in the module's Output under Bundle > Body > data > allCards > edges.
In our example, 10 cards were returned: 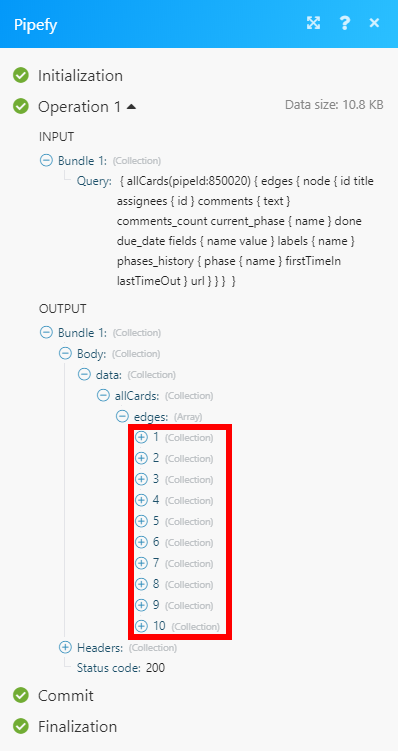