The Google Tasks modules enable you to monitor, retrieve, create, update, or delete tasks and task lists in your Google Tasks.

Getting Started with Google Tasks

Confirm the dialog by clicking the Allow button.

Retrieves task details when a task is created and updated, due, or completed.

Retrieves tasks in the specified task list by the filter settings.

Creates a new task in the specified task list.

The maximum number of 2000 task lists is allowed.

The following API call returns the tasks from the specified task list:

Matches of the search can be found in the module's Output under Bundle > Body > items.
In our example, 7 tasks were returned: 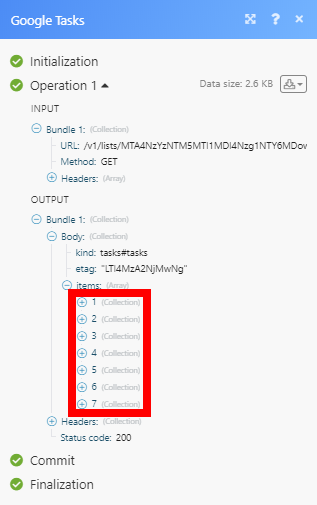