Getting Started with Google Photos 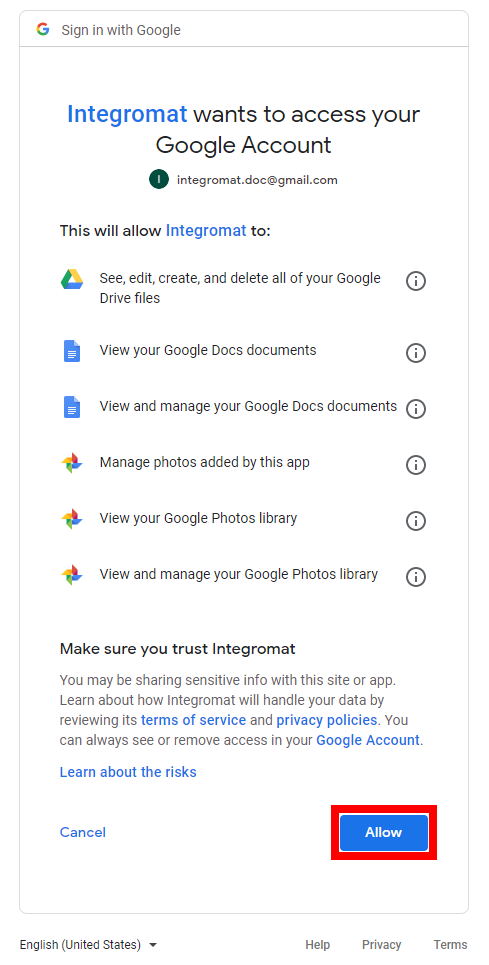 Confirm the dialog by clicking the Allow button.

Retrieves album from your Google Photos.

Marks an album as shared and accessible to other users.

This action can only be performed on albums that were created via the API (using Integromat).

Marks a via API shared album as private.

Retrieves media details when new media are added to an album.

Retrieves media from the specified album.

Get a Media Item

Retrieves details of a specified media.

Uploads a file to an album.

Files can be uploaded only to the albums that were created using Integromat (or via another API).

The maximum file sizes and other useful information can be found in the Google Photos Documentation for Uploading Media.

The following API call returns the all albums in your Google Photos:

The results can be found in the module's Output under Bundle > Body > albums.
In our example, 10 tickets were returned: 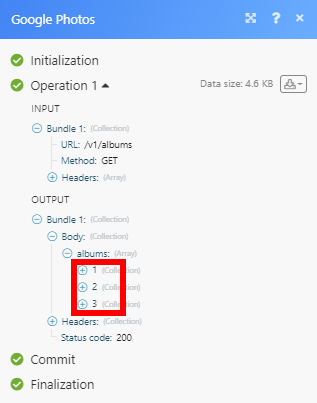