Getting Started with GitHub

1. Go to Integromat and open the GitHub module's Create a connection dialog.

2. Enter a name for the connection and click Continue. 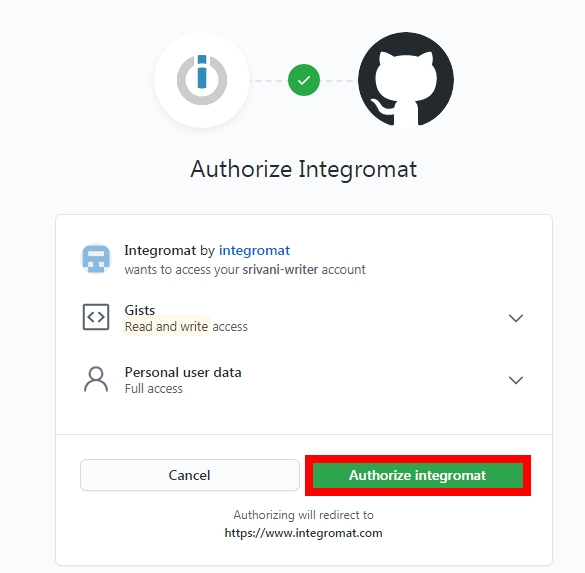 The connection has been established.

See Connecting to GitHub Webhook using Integromat for adding the webhooks in your GitHub account.

Triggers when a new fork is created.

Triggers when a new gist is added or an existing gist is modified.

Triggers when a new issue is added or an existing issue is modified.

Triggers when an issue is assigned, unassigned, labeled, unlabeled, opened, closed, or reopened.

Triggers when a new push occurs.

Triggers when a new release is created.

Search for an Issue

Returns the information of an issue.

Retrieves information about an issue.

Adds the assignees to an issue.

Removes assignees from an issue.

Add Labels to an Issue

Adds a label to an Issue

Remove a Label from an Issue

Removes a label from an issue.

Create or Edit a File

Creates a new or updates an existing file.

Retrieves the information about the specified file.

Lists comments for an issue.

Retrieves files from a gist one at a time.

The GitHub retrieves files from only the Watch Gists module. The module iterates the received Gists details one by one.

The iterator module lets you manage the email attachments separately. For example, you can set up to Watch Gists module to iterate the Gists with its details. 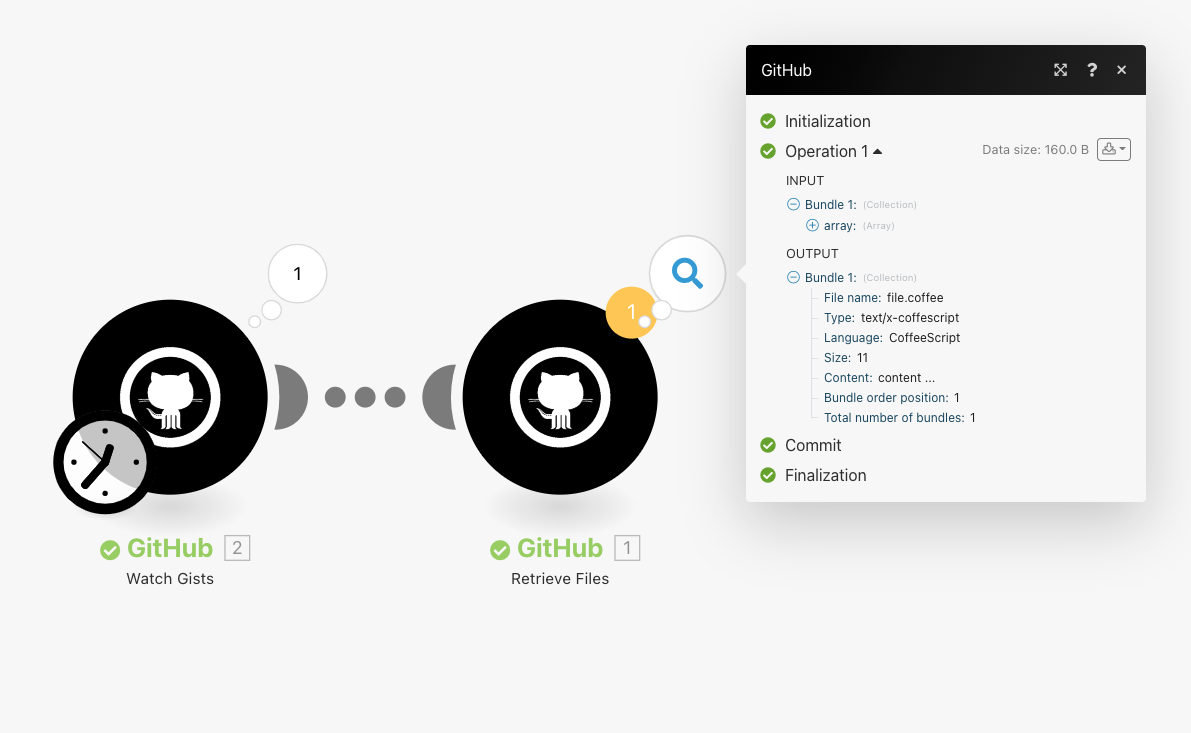 1. Open any Watch Module, establish a connection as mentioned in the respective module description, click Save, and copy the URL address to your clipboard.

2. Log in to your GitHub account and open the repository in which you want to add the webhook.

3. Click Settings > Webhooks > Add webhook and enter the details to add the webhook.

The webhook is added successfully.