Getting Started with Android App

As of the beginning of 2019, Google has restricted applications published on Google Play that gives access to:

The Integromat app you have downloaded from Google Play is also subject to these restrictions.

Installation of the Non-restricted Integromat App for Android

In order to install the Integromat app with no restrictions, follow the steps below:

Some phones (typically Huawei devices) may detect a possible virus in the APK file. There might be various reasons for this to happen. But as we investigated – most likely we are blacklisted by Huawei's antivirus system.
Huawei devices, unlike other OEMs, pre-installed an antivirus into their system and uses Virustotal API (https://developers.virustotal.com/v3.0/reference) which may falsely detect Integromat's APK file as malware. All other OEMs use Google Play Protect anti-malware service where the Integromat app is verified.

If you are in doubt whether the file contains suspicious software, scan your device using Google Play Protect:

3. Switch the button to allow the Integromat app installation. 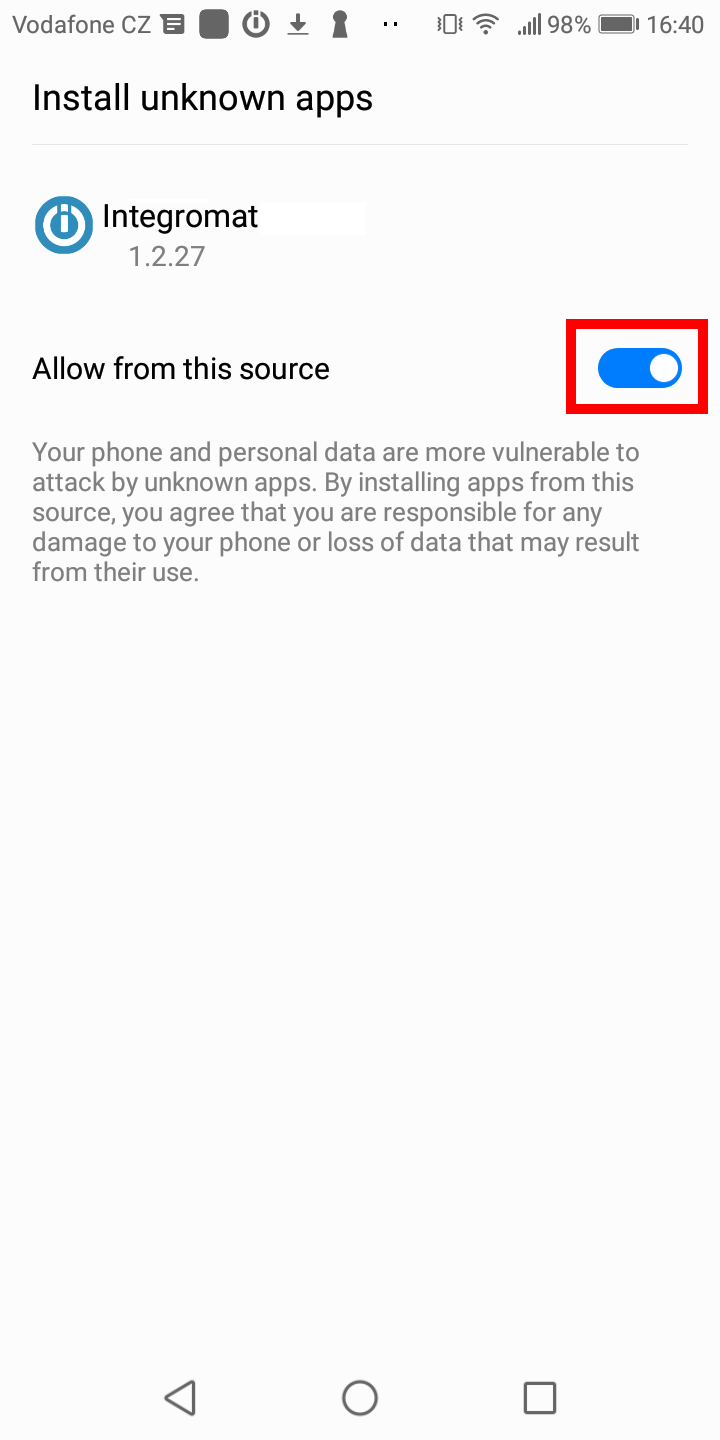 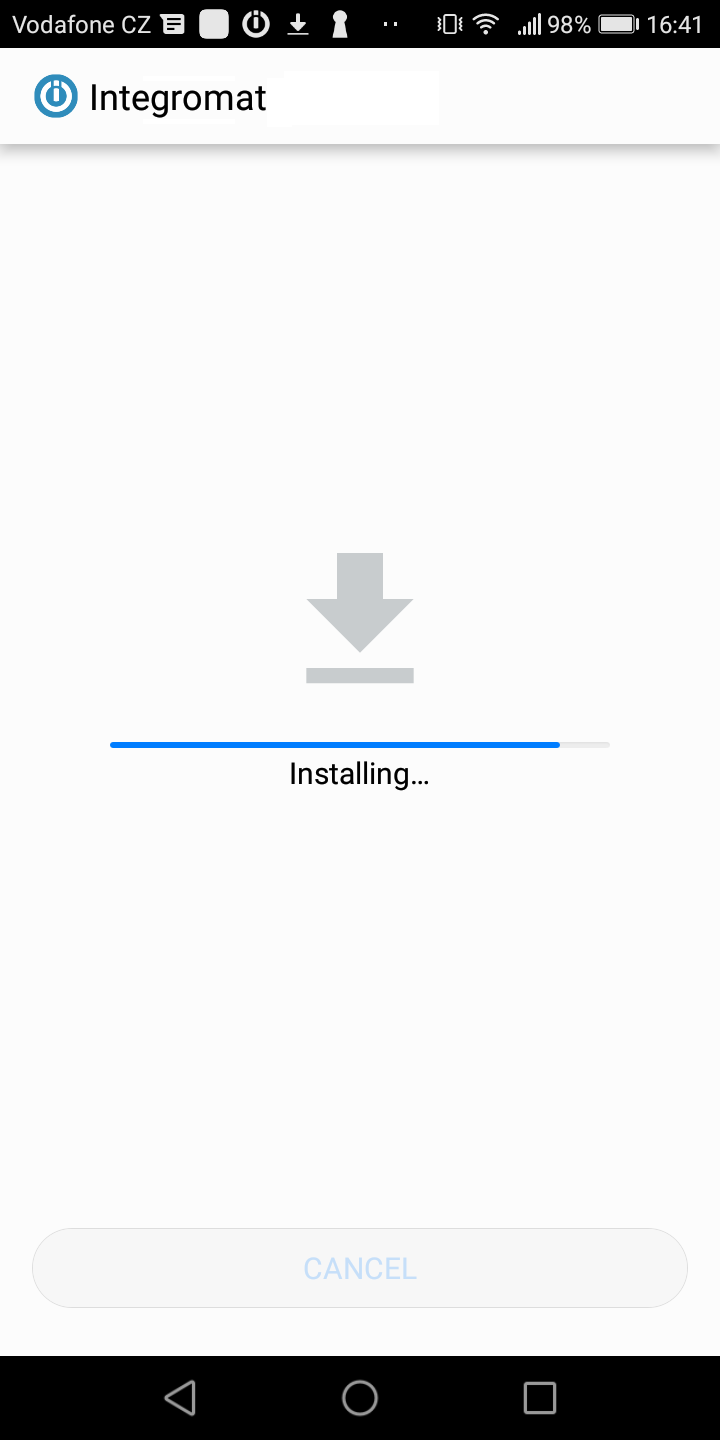 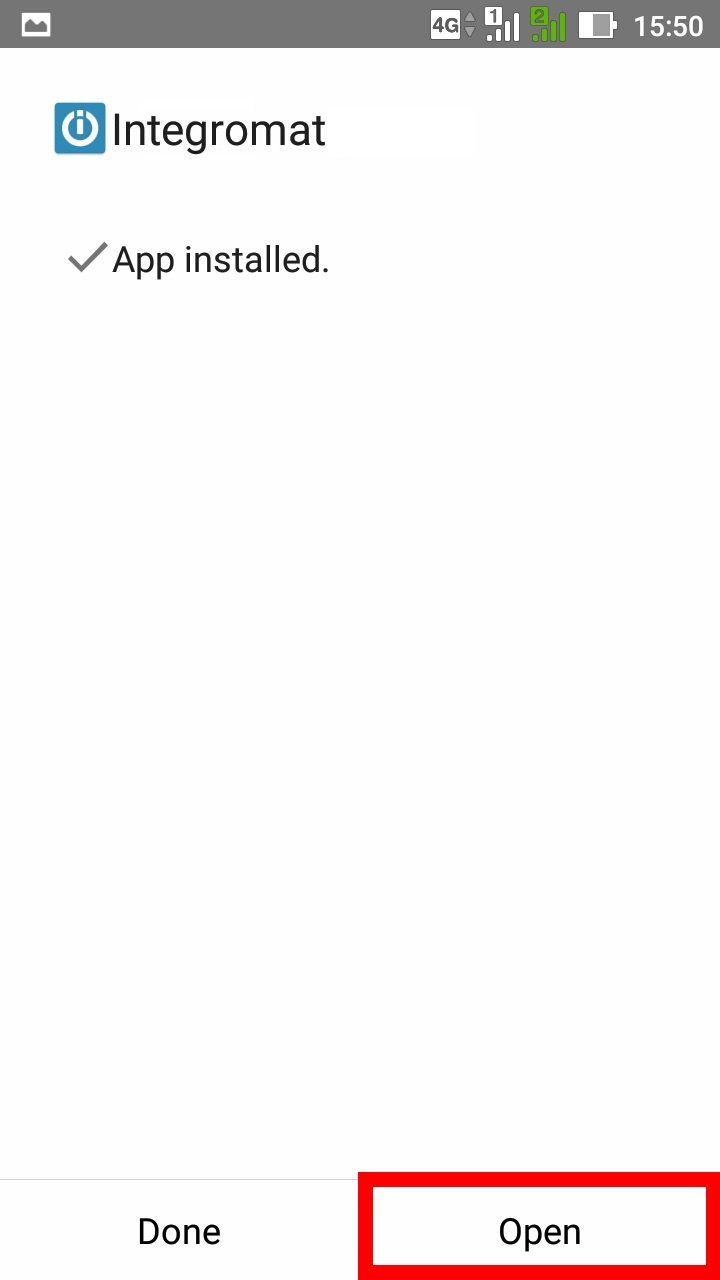 5. Log in, or scan the QR code, and proceed to the application.

6. The application is now ready to use.

Installation of the Restricted Integromat App for Android on Google Play

You can still install the Integromat app for Android on Google Play.

The app is designed to run in the background and perform selected functions.

On the main screen, you can switch between the following options:

Modules are divided into two categories: triggers and actions. Triggers have the ability to listen to the connected device and start the scenario whenever the device generates a new event. Actions, on the other hand, create new items in the device. Select the desired trigger or action, and add it to your scenario. In the configuration window of the module, select the desired module and, where appropriate, set up other parameters.

Setting Up the Integromat for Android App

Before you start building a scenario using the Android app modules, it is necessary to set up particular functions on your Integromat for Android app to allow the app access to your phone's corresponding functions.

Call functions (except Change a Ring Mode) are available for the non-restricted Integromat for Android app only.

SMS functions are available for the non-restricted Integromat for Android app only.

Running a Scenario Using the Integromat for Android App

You can run the Integromat scenario by tapping the button created in the Android app.
The button can be placed as a widget on your Android desktop screen.

Creating the Button in the Android App

1. Open the Integromat for the Android app.

2. Tap on the Buttons option. 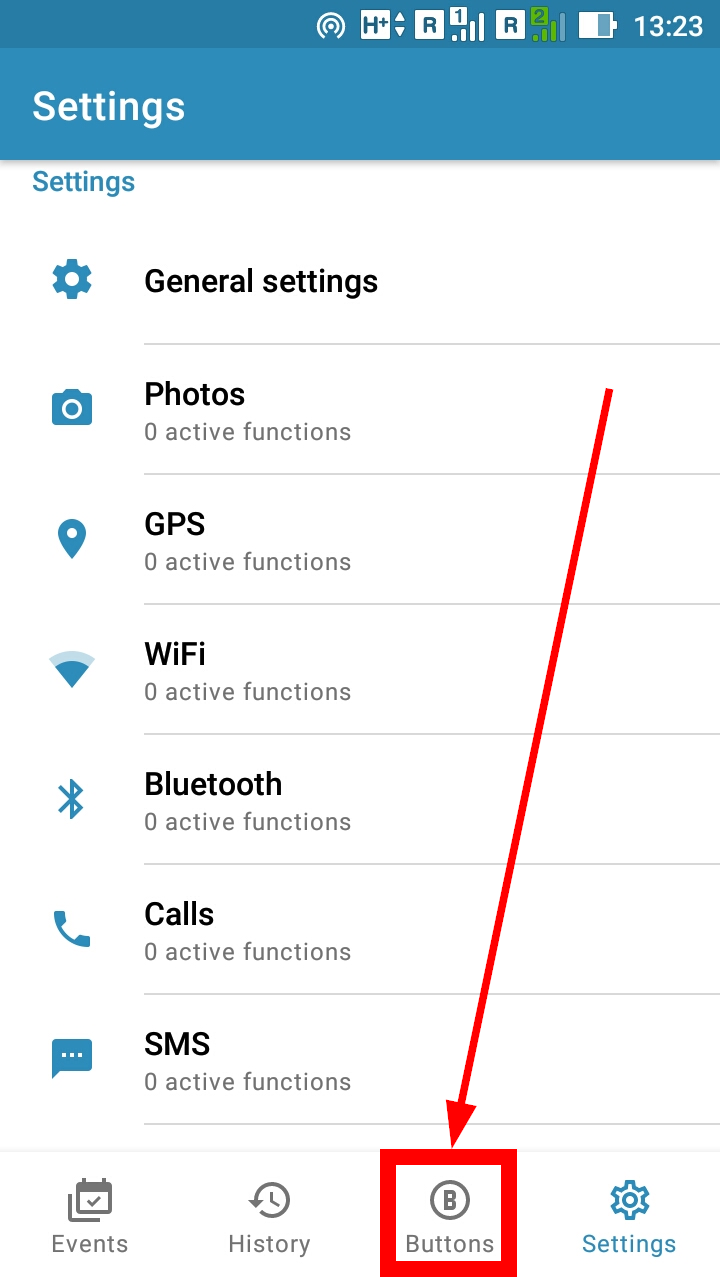 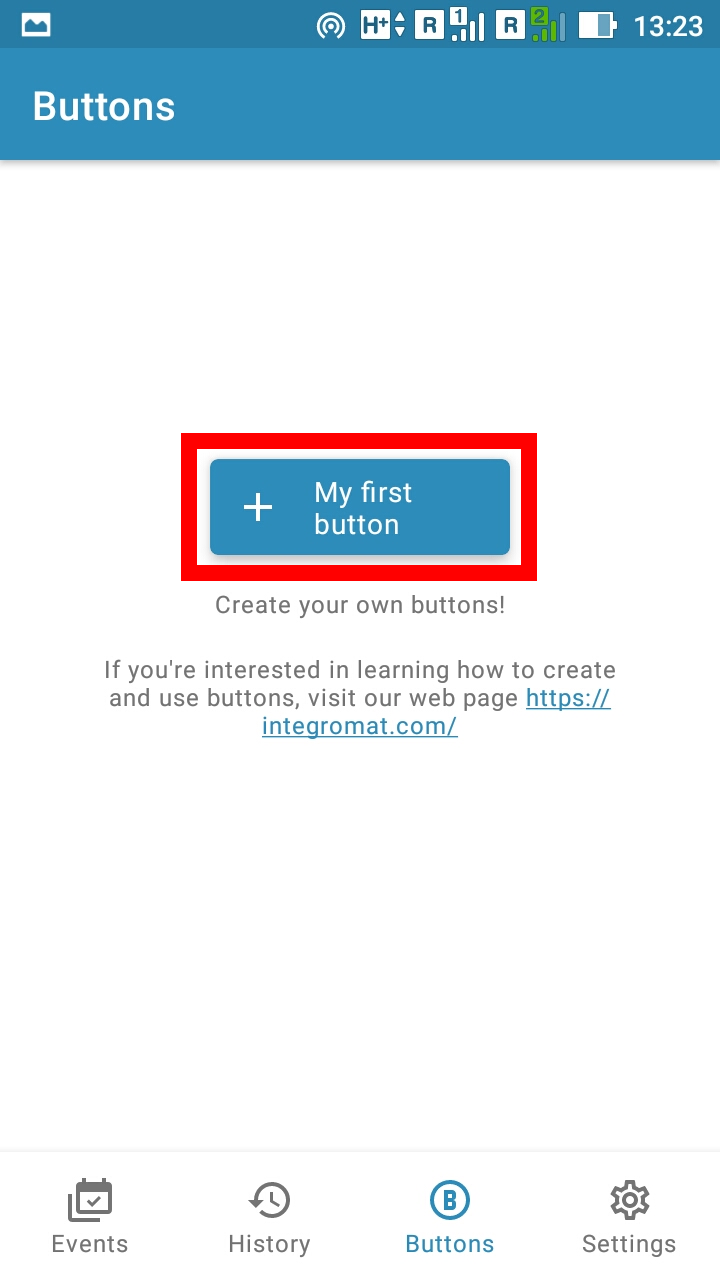 4. Enter the name for your button and ID (you will need this for your Integromat module), and specify the button properties, if needed.
Save the button by tapping the Save option in the top-right corner. 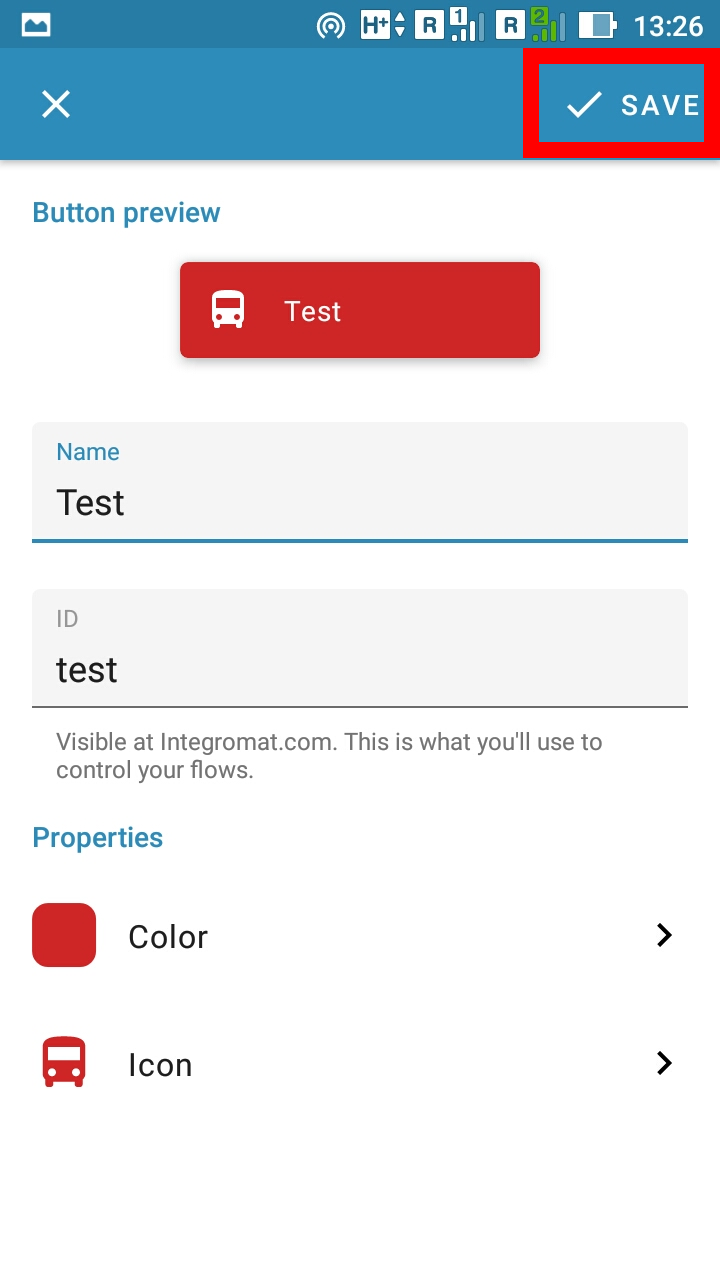 5. Go to the Integromat scenario, and add the Watch Button module to the first position in your scenario.

6. Select the device where you have created the button, and enter the ID of the button. 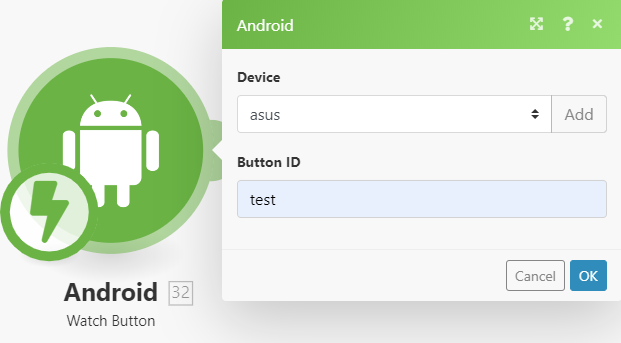 7. Go back to your Integromat for Android app, and tap the button you have created. 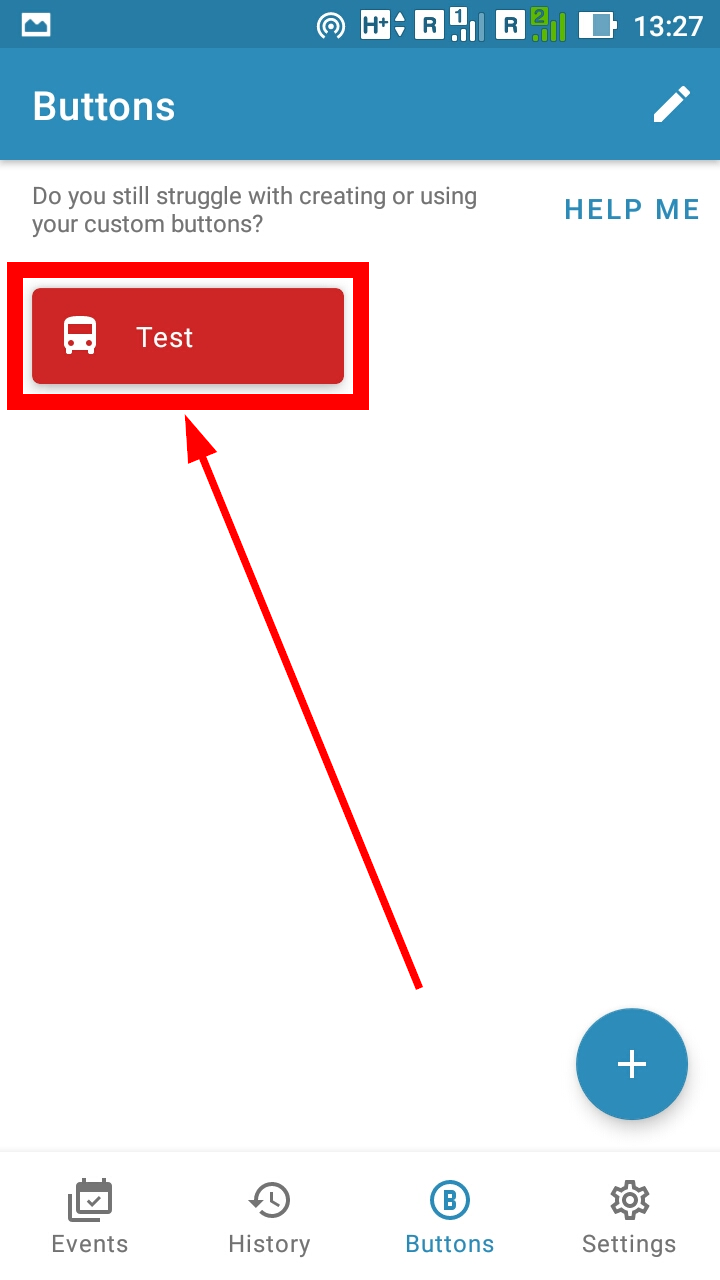 The Watch Button module in your scenario is triggered. Now, you can use this function to trigger your scenarios via your mobile device.

Placing the Button on Your Android Screen

1. Tap and hold anywhere on your Android screen to open the Manage Home menu.
Tap on the Apps & widgets option. 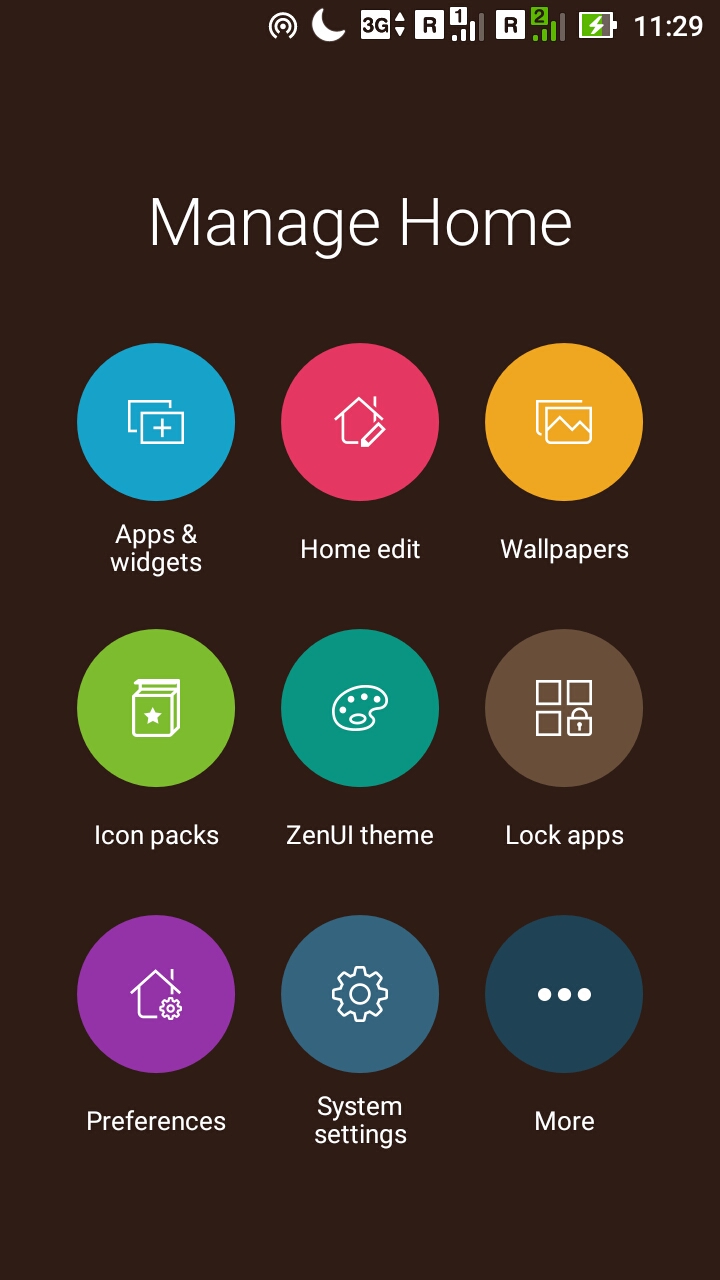 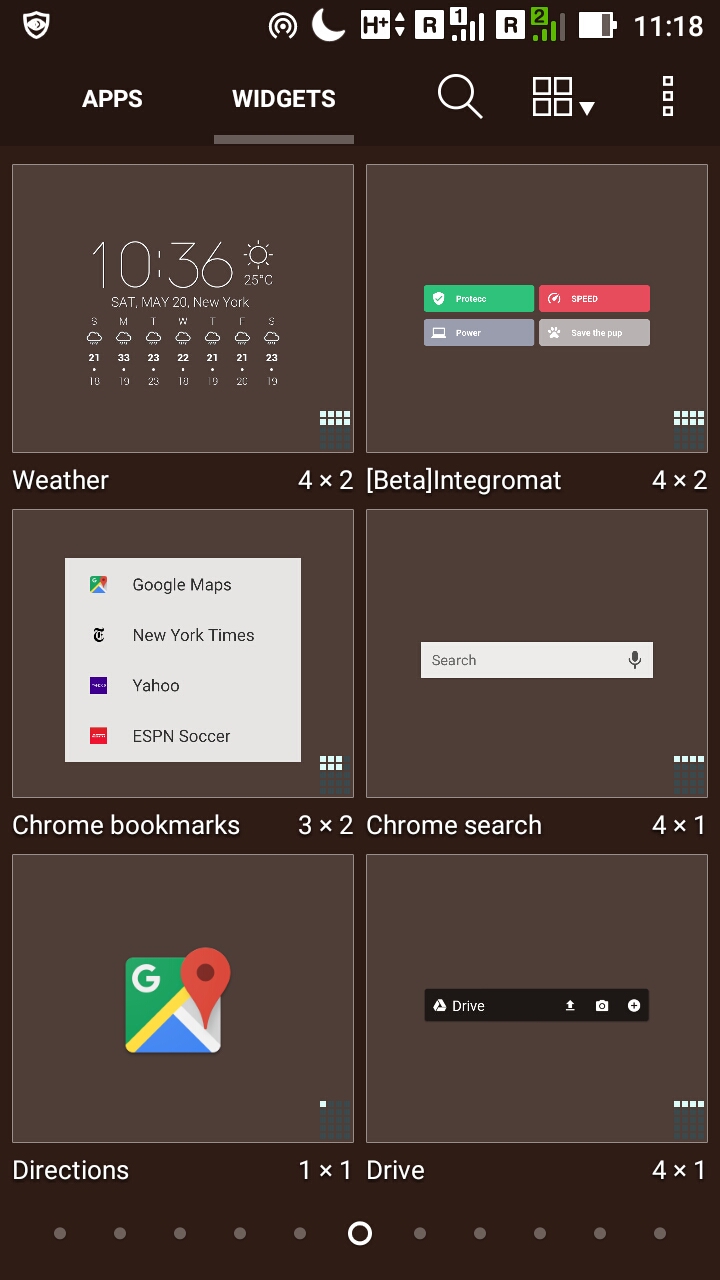 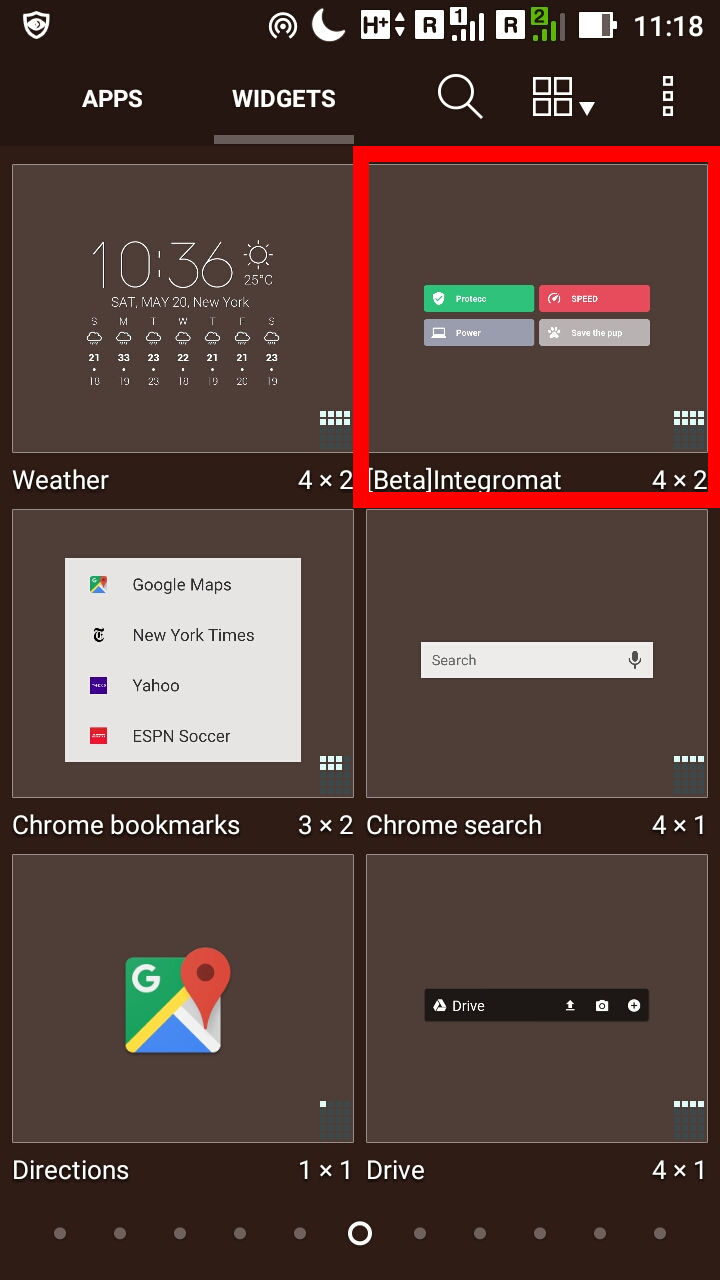 4. Touch and hold the Integromat widget to pick it up. Then, move to the desired phone screen, and release it.

5. The button (or buttons) are now placed on your Android screen and ready to execute the scenario. 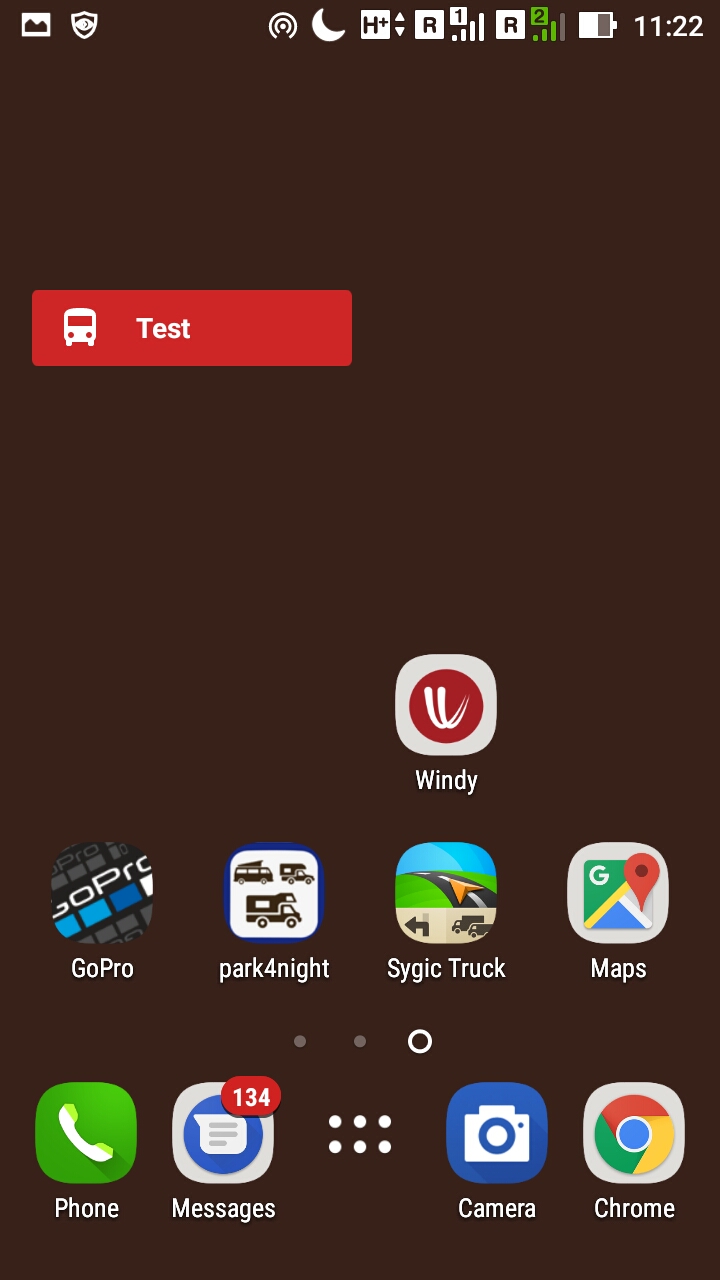 Barcode and QR code scanner.
Allows you to send barcode/QR code information to the module, and trigger the Integromat scenario (using Watch Barcode/QR Code module) by scanning a barcode or QR code.

The traffic between the mobile device and Integromat is secured by the Transport Layer Secure (TLS) encryption protocol. The authorization is based on a client certificate that is generated automatically when you log on. The certificate’s private key is generated on the device and securely stored in the System Keychain.

If you experience an issue with the app, send us a bug report:

This should make the app request the required scope for the received SMS.